🔥 Fire Emoji 101: A Comprehensive Guide To The 🔥 Hottest 🔥 Emoji Online 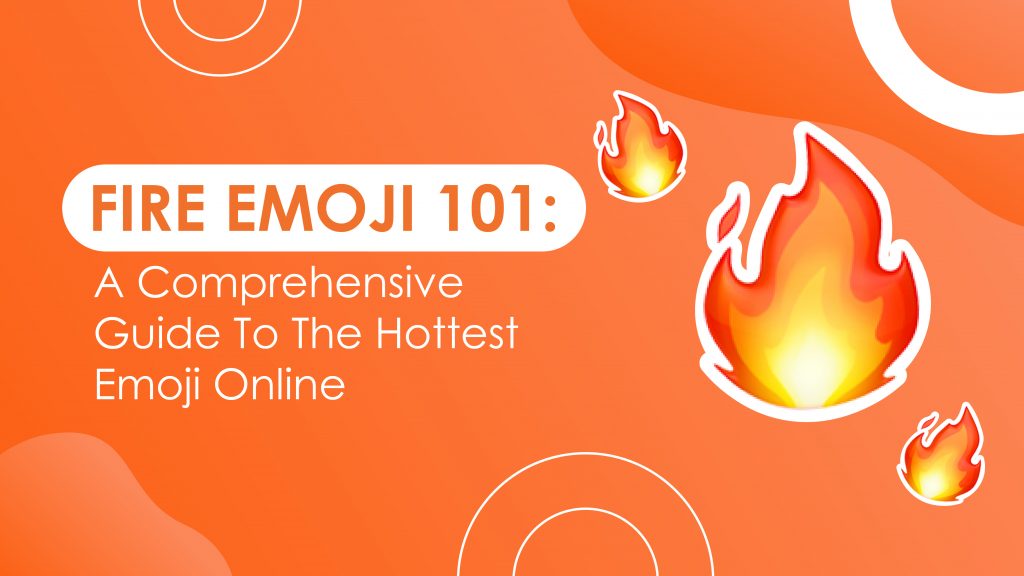 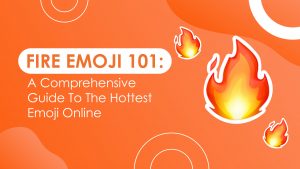 Think of the last conversation you had online. Did you use any emojis? How about the one you had last week – were there emojis? Chances are, you answered yes! Emojis are everywhere. We use them to inject emotions and humor into our conversations. Emojis have transformed how we speak to each other digitally. It’s a medium that is constantly moving, constantly evolving.

In fact, every day, the Unicode Consortium adds more and more emojis to its list. (The Unicode Consortium is an organization that approves and standardizes emojis.) Today, there are over 3,000 emojis online. With so many options available, this is where the important decision-making sets in. Which emoji will fit what I have to say? Which emoji will make me look more hip, more trendy, more lit?

If you want to be cool, there’s one emoji you shouldn’t leave in the dust, and that is the 🔥 Fire emoji.

What Does The Fire Emoji Mean?

The 🔥 Fire emoji is a picture of a burning flame. It is used to signify that something is awesome, exciting, or cool.  It is also a recognized symbol of sexual attractiveness — if you want to say that someone is as hot as a flame, whether beautiful, handsome or pretty, choose the 🔥 Fire emoji!

Another great thing about emojis is that they have no set definition. The meaning of some emojis tends to vary. The 🔥 Fire emoji is no different — at present, the symbol is used to mean excitement, love, energy, or hate.

It’s good to regularly check on the meaning of the emojis you use; you might find yourself using an emoji that has a meaning you aren’t aware of. You don’t want to send mixed messages to the people you are talking to!

Other Names Of The Fire Emoji

The alternative names of the 🔥 Fire emoji are 🔥 Flame emoji and 🔥 Hot emoji. Adding to the coolness quotient of the 🔥 Fire emoji is its third and most popular alias — the 🔥 Lit emoji. And, unless you’ve been living under a rock the past couple of years, you probably know that “lit” is a popular, millennial slang word frequently used to describe parties and other fun happenings.

Evolution Of The Fire Emoji

What characteristics should a symbol possess to make it suitable for the Unicode Standard? According to a statement made by the Unicode Consortium, the official body that approves emojis internationally, the ideal emoji should meet these criteria: they should be used a lot, and they should have different meanings. 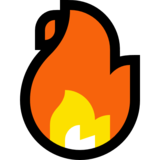 Over the years, not a lot has changed in terms of the 🔥 Fire emoji’s appearance. It first appeared as a flame with reddish-orange edges and a whitish-yellow core, flickering over a burning fireplace or campfire.

When iOS 10.2 came around, Apple gave the symbol a more realistic appearance. (iOS 10.2 is an Apple iPhone and iPad released in 2016). The iOS 10.2 version of the 🔥 Fire emoji featured brighter, sharper, red flames, and a lighter yellow inner flame. This upgrade redesigned 100 new emojis, which included new faces, food, professions, and animals.

Within the same year, Microsoft, in celebration of its Windows 10 Anniversary Update, added a more reddish-orange tinge to the yellow flame of its 🔥 Fire emoji.

How Is The Fire Emoji Used?

Why does this happen? A possible explanation for this could be that most people think of emojis as fun and expressive symbols. Following that train of thought, it is very likely to assume that netizens feel it would be inappropriate if they would apply the 🔥 Fire emoji to more serious circumstances like the bushfires in Australia or wildfires in California. 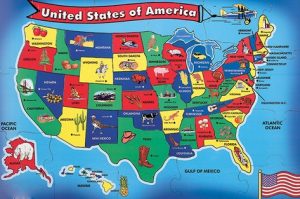 How Popular Is The Fire Emoji?

Based on an article in Bustle, the 🔥 Fire emoji is in 10th place on Tinder’s list of 10 most popular emojis in the US. For that list, Tinder studied all the bios of their users in America and discovered the 🔥 Fire emoji is the top emoji in Boston, Philadelphia, Nashville, New Orleans, Austin, Texas, Denver, Las Vegas, Los Angeles, San Francisco, and Seattle.

According to the article, the findings were supported by  Talkwalker, an international social media monitoring and analytics company.

Where Is The Fire Emoji?

The 🔥 Fire emoji is a special symbol in the shape of a flame. You can find it on the keyboards of computers, smartphones, and tablets. Your device needs to support this emoji for you to be able to use it; otherwise, the emoji will not appear. One important thing to note- different devices have different versions of the 🔥 Fire emoji. Click on this link to see all the versions.

If you want to include the 🔥 Fire emoji in your messages, here’s a fun and quick hack: use the shortcode :fire: and the emoji will instantly appear!

What Does The Fire Emoji Mean On Snapchat?

In 2015, the 🔥 Fire emoji took on a more special meaning when the social media app Snapchat adopted it and used it for a special purpose. At that time, Snapchat used the Snap Channel in the Discover section of the app to tell everyone about the update. And this was the update — if you’ve been snapping back and forth with a friend for two more consecutive days, a 🔥 Fire emoji will appear beside your name and your friend’s name. 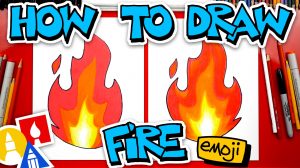 How To Draw The Fire Emoji

If you love to sketch, paint, or color, why not bring the 🔥 Fire emoji wherever you go by making your version of the popular symbol! You can do that by having your own drawing of the 🔥 Fire emoji.

It is easy to do once you’ve got the basic structure down. Here are the steps to learn how:

Millions use emojis every day, and yes, they’re a great thing to have. Emojis offer new possibilities for digital expression — day after day, they bring spice to our daily online conversations.

If you want to level up your digital presence, picking the right emoji to enhance your image or the image of your business is important. If your goal is to look more hip or more trendy, there are many emojis like the 🔥 Fire emoji that have the power to evoke the emotions and reactions you desire from your followers and customers.  All one has to do is to find them and use them.